NOTE: This is an edited version of portions of Appendices 2 & 3  of the “Revised Stealth Syndromes Study Protocol as  approved by the University of California San Francisco Medical School Committee on Human Research.

Standards and Sourcing (From Appendix 2)

Fish contamination occurs in growth, harvest, processing, and sales. But because edible fish grow in polluted oceans and freshwater lakes, rivers and streams, they can accumulate contaminates from many sources in their natural environment. 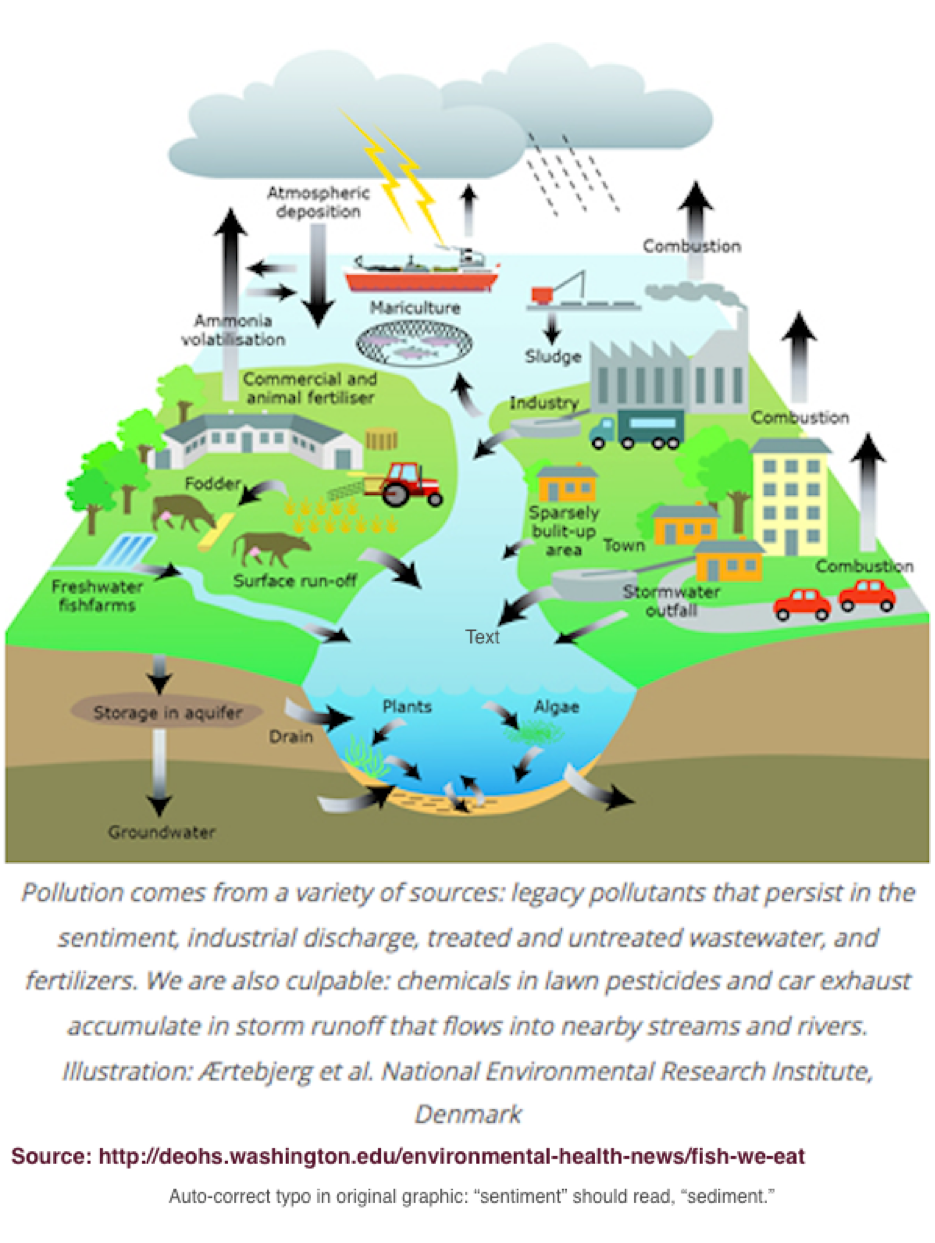 Because chemical contamination grows with time, this set of recommendations from the state of Washington recommends eating smaller, younger fish. It also recommends cutting away the fatty portions of fish such as salmon because some chemicals are lipophilic. Other contaminates such as methyl mercury, are water soluble.

Studies have determined that farmed fish are subject to contamination by multiple chemicals (Friends Don’t Let Friends Eat Farmed Salmon). Feed is one suspect as are chemicals and pharmaceuticals added to keep fish as healthy as possible in crowded pens.

Microplastics are generally those fragments that are less than five […]

Progress Report/What we have learned: hsCRP as a possible direct clinical indicator for BPA health effects in in a human dietary intervention study