There is no standard for the wax coatings used to preserve apples and other fruits and vegetables. Some studies indicate that the coatings are no longer simply carnuba-based, but are undisclosed compounds containing plastic polymers that may trap residues of pesticides and other chemicals.

Given that these represent an unknown confounding factor, investigators decided to remove as much as possible. Further study is indicated.

“The Chinese applied wax coatings to oranges and lemons in the 12th and 13th centuries (Hardenburg, 1967). Although they did not realize that the full function of edible coatings was to slow down respiratory gas exchange, they found that wax-coated fruits could be stored longer than non-waxed fruits. In the 1930s, hot-melt paraffin waxes became commercially available as edible coatings for fresh fruits such as apples and pears. Erbil and Muftugil (1986)”

Even organic apples have a coating of wax 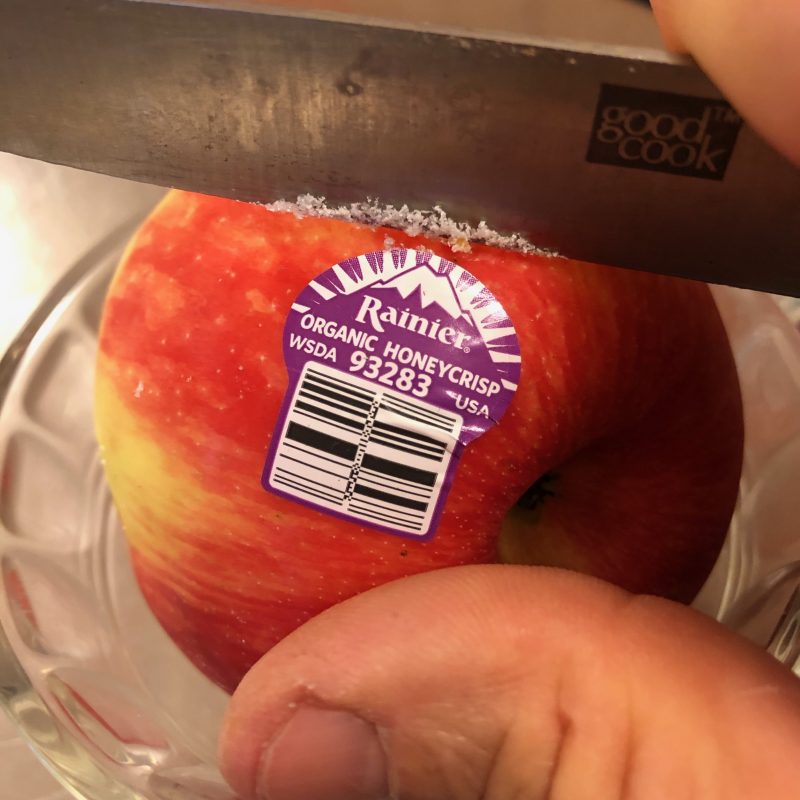 Immerse a well-refrigerated apple in boiling water for 15 seconds 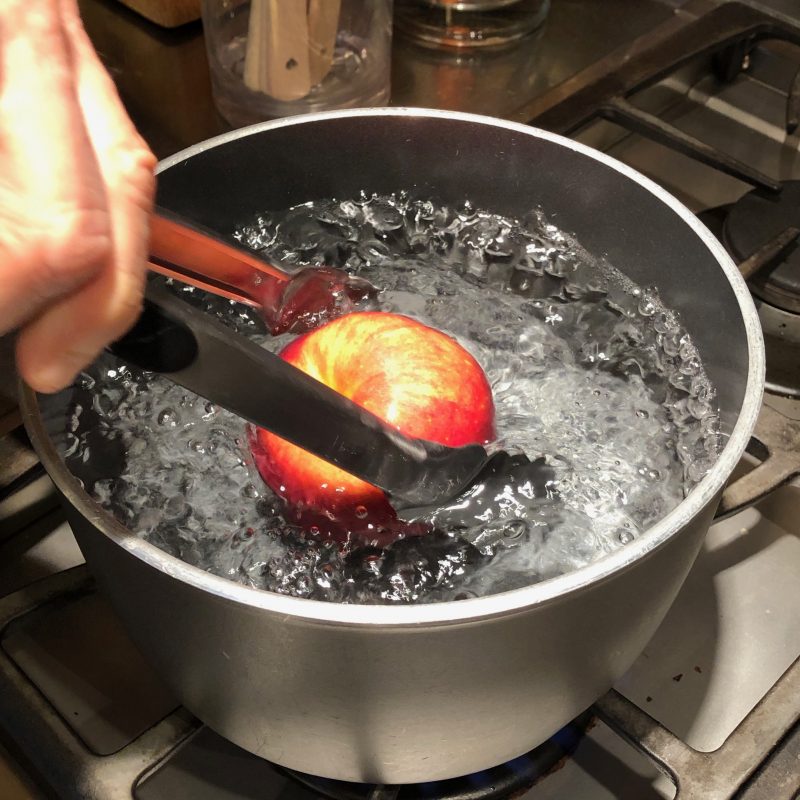 Wipe the apple vigorously with a clean 100% cotton kitchen towel for 30 seconds. Put back in refrigerator to chill.

After chilling the apple so the scrape test again. Some wax remains, but not much. 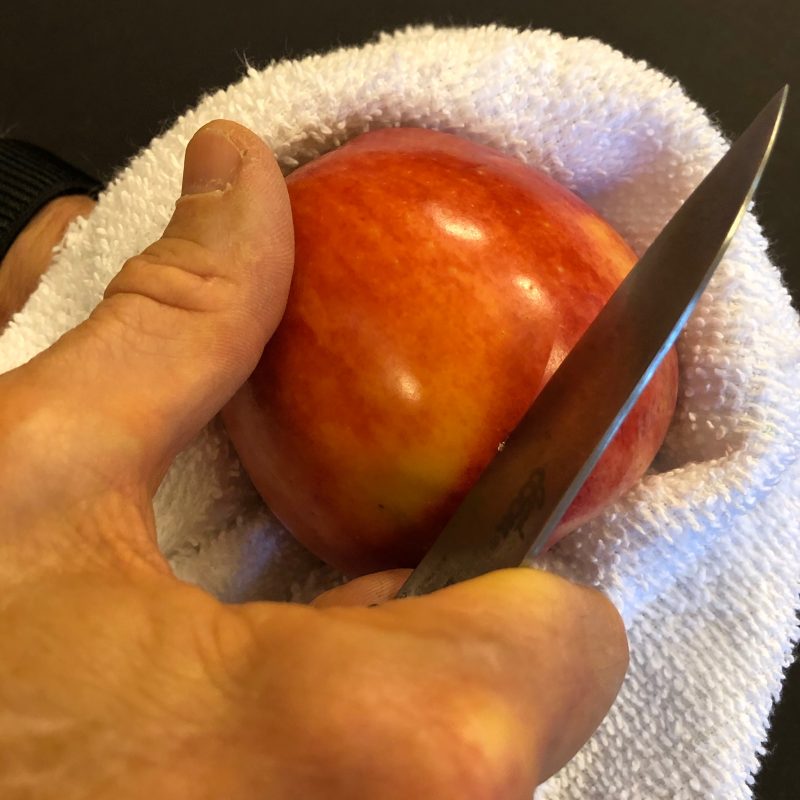 The white spots are wax deposits left in the pot after pouring out the water. Removing them requires a solvent with xylene.

Afterwards, the pot was twice scrubbed with boiling water and washed.

After a dishwasher cycle, water was boiled again to confirm the absence of wax. 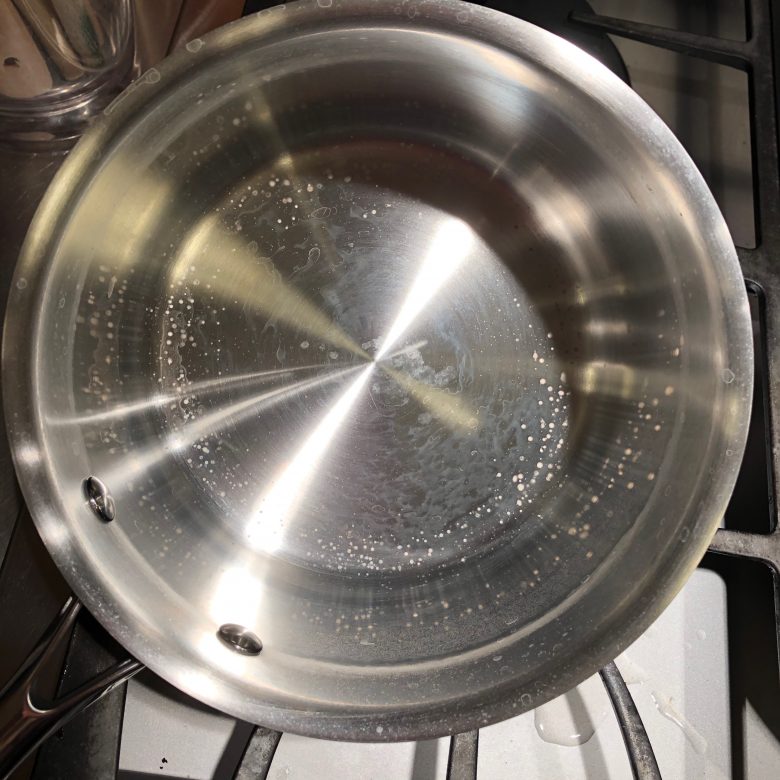 Microplastics are generally those fragments that are less than five […]

Progress Report/What we have learned: hsCRP as a possible direct clinical indicator for BPA health effects in in a human dietary intervention study