Plant-based milk — while growing rapidly — represents only 15% of milk consumption (Nielsen data) and is therefore not yet part of the typical American diet.

In addition to being a typical part of the American diet, bovine milk, cheese and butter were included the study over plant-based substitutes for four reasons:

According to U.S. government data, dairy products are the primary source of calcium in the American diet.

That’s a primary reason to include dairy in our dietary intervention study of the human effects of Bisphenol A and other plastic-derived environmental chemicals. Indeed, some studies consider milk as an almost nutritionally complete food.

And while dairy consumption is a relatively recent phenomenon — evident in pottery shards, ancient bones, and plaque from Neolithic teeth, indications are that it provided a significant evolutionary advantage among ancient humans who consumed it.

In fact, one major 2004 study indicated that humans with the mutation which allowed the human digestion of lactase would have produced up to 19% more fertile offspring than those who lacked it. The investigators of that study termed that increase in natural selection advantage “among the strongest yet seen for any gene in the genome” 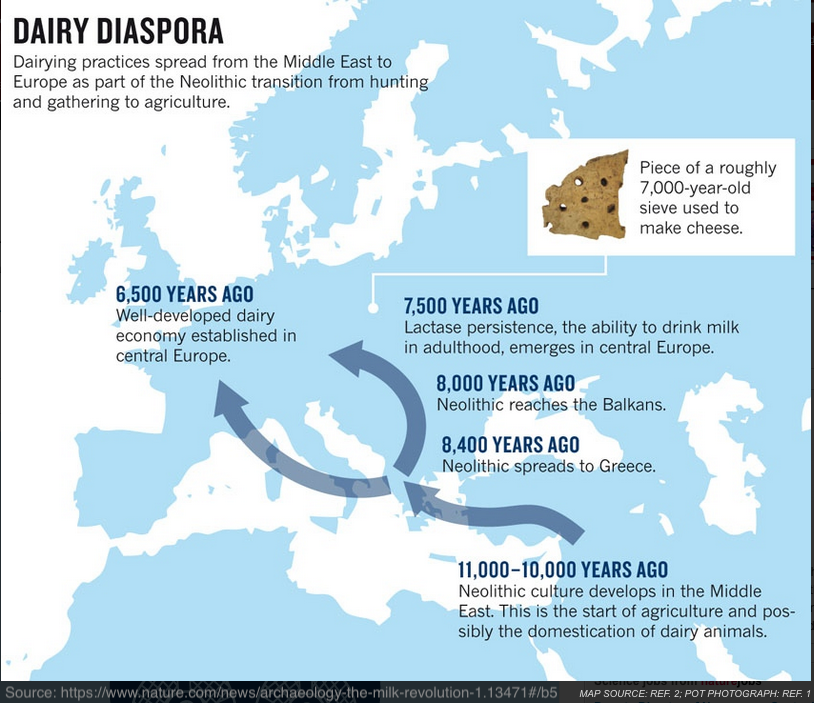