By Lewis Perdue on November 8, 2020 in The Study – Deconstructed

Note: The complete set of exhaustively detailed standards developed for this trial, can be accessed at this link: Basic scientific lab standards — Best practices for a replicable dietary intervention. That link is an ongoing work.

To facilitate replicability the kitchen was operated in much the same manner as a bench lab.

PM2.5 levels were monitored via sensors from PurpleAir.Com, one which monitored the kitchen air quality, as wel as numerous other outdoor sensors in a roughly five-mile radius. 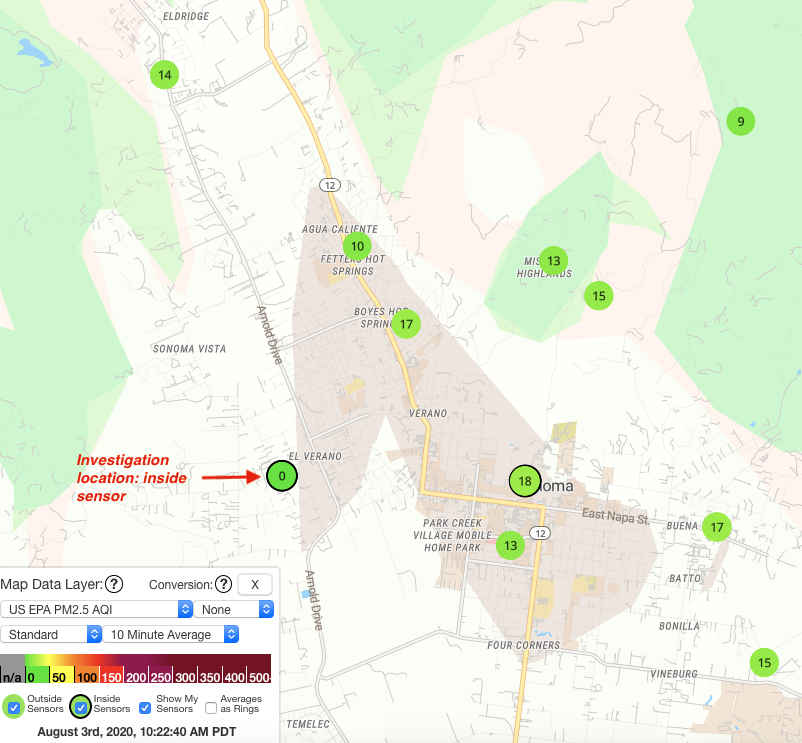 All unacceptable materials were removed from the kitchen, including plastic and polymer items utensils, containers, and cookware with non-stick coatings. Only glass, stainless steel, aluminum foil, and tight grain maple cutting boards were allowed. Vinyl gloves were used in food preparation for sanitary control in both legs of the trial, but actual food contact with the gloves was minimal and incidental. 100% cotton dish towels were allowed, but paper towels could only be used for cleanup.

All measurements were by metric weight, and none by volume. This facilitated the kitchen’s staff’s accommodation from English to metric measurement because they could dispense with volumetric measurements which are problematic because of packing and granular particle size in solid items, and meniscus errors for liquid.

In converting recipes with English measurements, initial measurements for liquids was done in measuring cups with dual English/Metric gradations. Then, with a glass mixing bowl with dry ingredients already on a metric measuring scale, the liquid was added to the bowl and the metric weight recorded for the investigation data.

All main ingredients were measured to the nearest gram, but small-weight items such as spices, herbs and other seasonings and other items were measured to the nearest tenth of a gram. This is vital because those ingredients often have metabolic and other health effects in amounts out of proportion to their weight. For the same reasons, Investigators used spices they had grown for the purpose. Black pepper was obtained from an organic source. Peppercorns were rinsed, dried and ground with a grinder without plastic components. These measures were necessary because store-bought spices are among the most contaminated.

Culinary assistants were briefed on the measurement procedures and adapted very quickly.

All recipes and menus and a calendar of their serving dates and times were posted on a kitchen whiteboard directly above a dedicated  counter surface on which recipes were places, and data recorded. Hand-written data was transferred to two master Excel spreadsheets for the Baseline and Intervention legs.

Sourcing the Menu: Going against the grain: Bread and cereal

Sourcing the Menu: The spice lipo-paradox

Sourcing the Menu: Background on GMO

Sourcing the menu: Sugar and sweeteners